Age of construction before renovation: 80 years

This area started to develop in 1897, when Kyoto Railway (now known as JR Sagano Line) opened and the inauguration of Nijyo Station. After this, the area developed rapidly into an urban city.
On the Northeastern corner of Senbon-Sanjo, the Kyoto Kokugikan, a hall with capacity of 3500 people was built in 1912. In the early days, it was used as Kyoto’s Sumo facility, and later was made into a movie theater. Also, it is said that many markets took place around the area.
After Kyoto Kokugikan was torn down in 1933, the Machiya, traditional style wooden town house was built on the after citing by the grandfather of the current owners, who established a business in directing production and sales of traditional Japanese clothing.
It is said that the current owner’s grandmother used to polish the alcove post everyday with okara (tofu refuse). Because the late owners also did business in Shijyo-Samegai, they must have been involved with Gion Matsuri Festival’s tsukihoko (float that parades on Gion Matusri Festival eve). There were many certifications of appreciation stored in the house.
After the previous owners’ passing, the house was vacant for few years, and in July 2017, it was reborn as Machiya Ryokan “Kuraya”.

・Internet
WiFi is available in all areas and is free of charge. 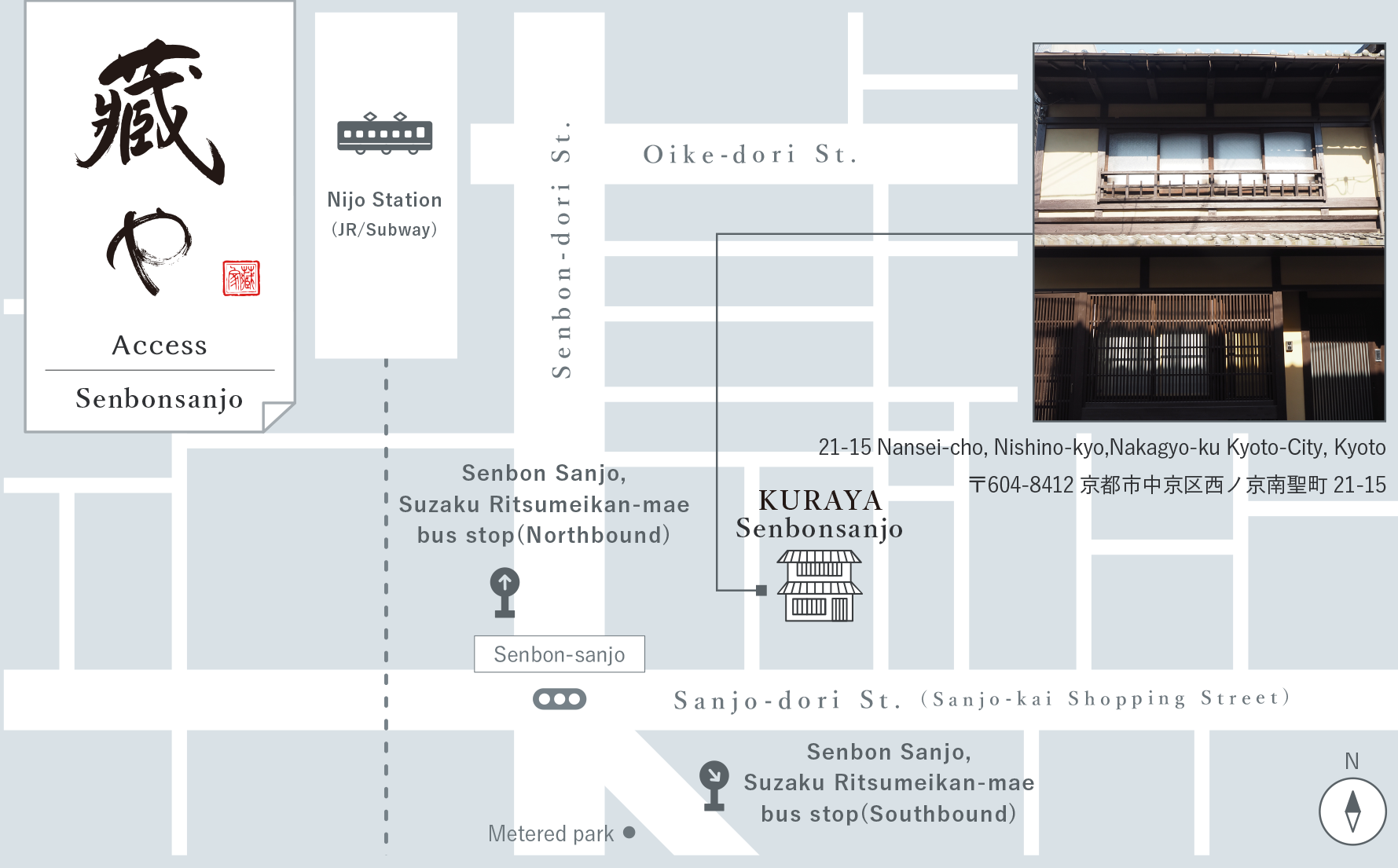 Please show below to taxi driver.

By train¥190 from Kyoto station About 6min

From Nijo St(East exit), walk 400m for south to Family Mart and go along local shopping street(Sanjokai Shotengai). Take the first left (鉄板焼きキュウゾウ is a mark) and walk 50m, you'll see KURAYA on your right.

Neighborhood Map
There are many testy restaurant and convenience shops nearby Kuraya Senbon Sanjo.
Please enjoy it!

* Maps are available in the two languages of Japanese